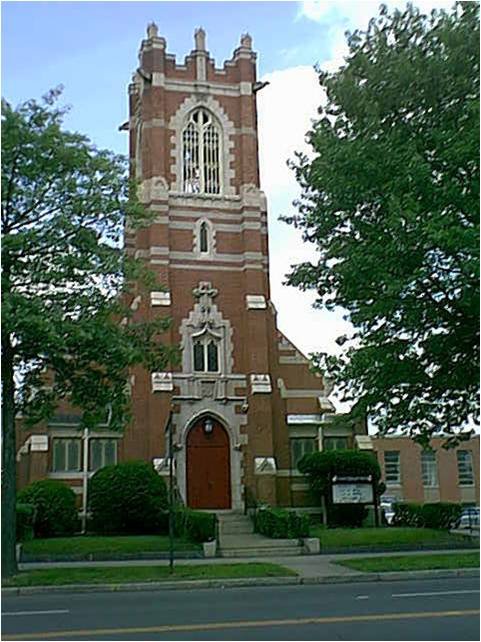 St. Luke’s Episcopal Church was founded on June 7, 1844, at a meeting convened by “colored members” of New Haven’s Trinity Episcopal Church parish.  These “colored members” believed themselves the victims of racial discrimination at Trinity, so typical of the time, and the wider society.  They thus determined to set up their own Episcopal Church.  Such were the origins of St. Luke’s.  The Church is located in the heart of New Haven close to the prestigious Yale University.  It is situated at the southern end of Whalley Avenue, a main commercial artery in New Haven.  The church is surrounded by many small storefront businesses and a mere five minute walk from Yale’s affluent university properties and retail businesses.

The Church's mission to the poor and disadvantaged, as evidenced in its outreach programs, has been and remains an important extension of the spiritual life of the congregation.  We hope our new rector will embrace the church’s history and be a vital part of its future.  In the following pages, we invite you to join our mission to serve Jesus Christ and spread the Good News.


You will be welcomed by a congregation dedicated to St. Luke’s and its mission to spread the good news of Jesus Christ.  You will find a congregation that is steeped in ministry to the sick and shut in, and other areas of care where necessary.  You will find a friendly atmosphere at St. Luke’s.   St. Luke’s has a rich history; some members relish the past while supporting the goals of the future. Others view change as a challenge.  We seek a consensus among members that in order to grow our church we have to enhance our Outreach ministry and Christian education.   Having activities for children, youth and adults is paramount to our success.

May the God of hope fill you with all joy and peace in believing, so that by the power of the Holy Spirit you may abound in hope.  Romans 15:13